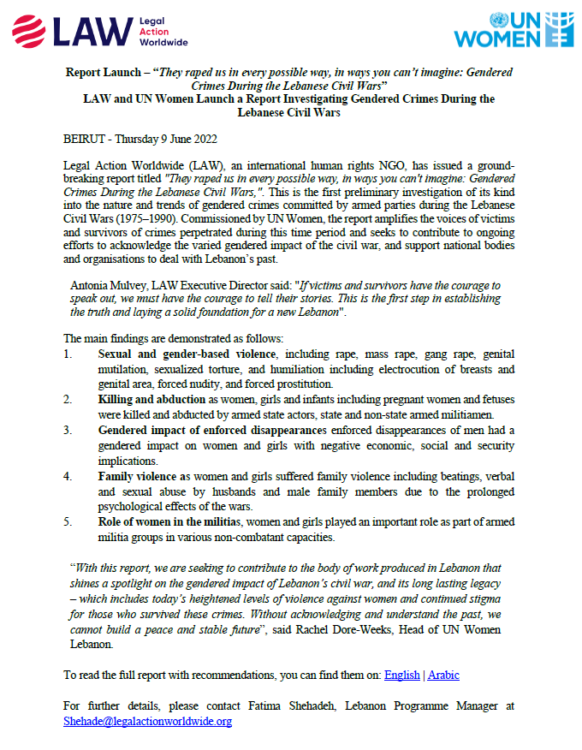 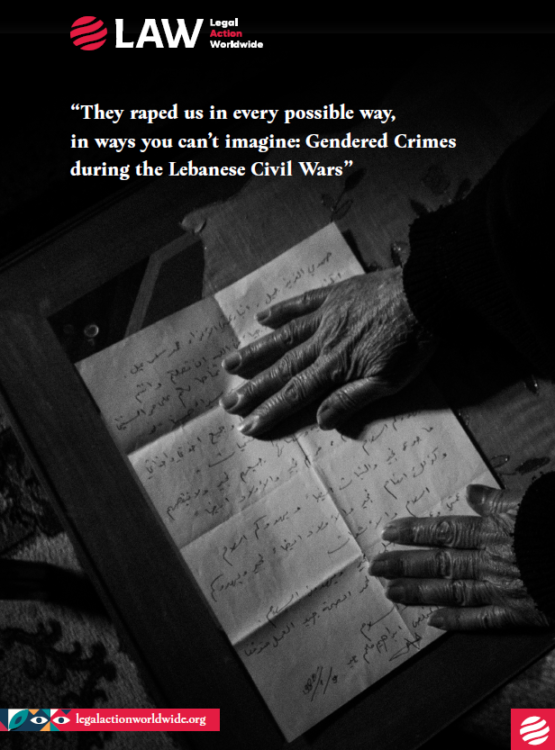 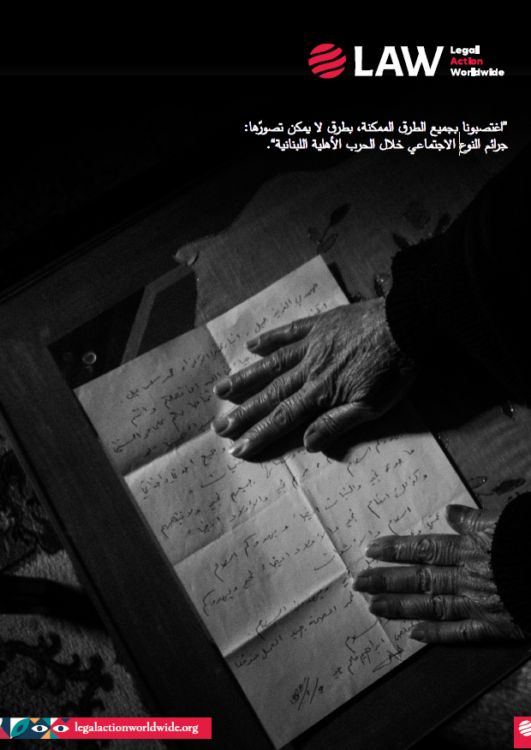 Legal Action Worldwide (LAW), an international human rights NGO, has issued a ground-breaking report titled “They raped us in every possible way, in ways you can’t imagine: Gendered Crimes During the Lebanese Civil Wars,”. This is the first preliminary investigation of its kind into the nature and trends of gendered crimes committed by armed parties during the Lebanese Civil Wars (1975–1990). Commissioned by UN Women, the report amplifies the voices of victims and survivors of crimes perpetrated during this time period and seeks to contribute to ongoing efforts to acknowledge the varied gendered impact of the civil war, and support national bodies and organisations to deal with Lebanon’s past.

The main findings are demonstrated as follows:

“With this report, we are seeking to contribute to the body of work produced in Lebanon that shines a spotlight on the gendered impact of Lebanon’s civil war, and its long-lasting legacy – which includes today’s heightened levels of violence against women and continued stigma for those who survived these crimes. Without acknowledging and understanding the past, we cannot build a peaceful and stable future”, said Rachel Dore-Weeks, Head of UN Women Lebanon.

To read the full report with recommendations, you can find them on: English | Arabic