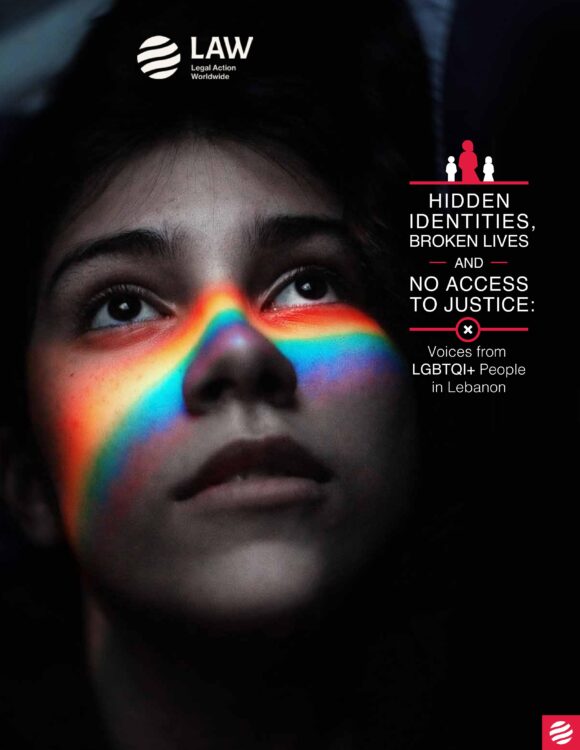 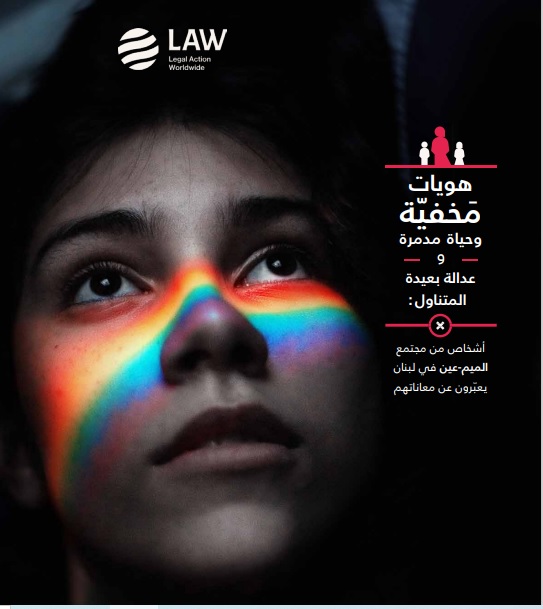 Today, LAW published a report titled “Hidden Identities, Broken Lives and No Access to Justice: Voices from the LGBTQI+ Community.” .

The report documents the experience of a range of individuals including Lebanese individuals, permanent resident, refugees and undocumented people with other status, who identify as part of the LGBTQI+ community.

LAW’s research reveals an alarming and shocking picture of lives that are virtually erased by constant discrimination and abuse at home and in public settings. The report has four key findings:

At a time when LGBTQI+ communities are facing increased repression in the region, this report sounds the alarm on Lebanon’s culture of discrimination and abuse that continues to dominate the country’s treatment of LGBTQI+ individuals, leaving no place safe from discrimination – not even their homes, and denying their access to the most basic rights and services.

As a result of the report, LAW presents a set of recommendations under which three priority advocacy areas for action are identified: