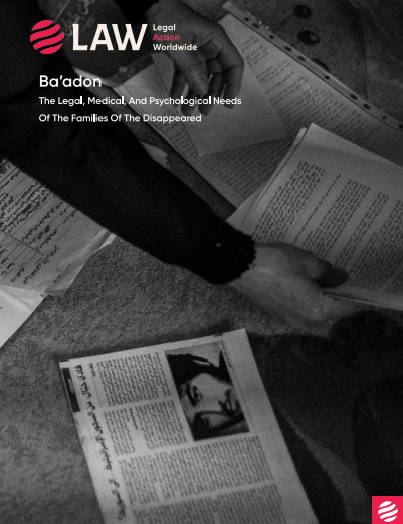 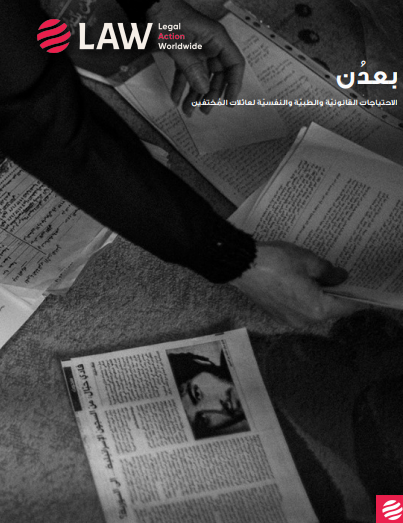 On June 2022, Legal Action Worldwide (LAW) published a report entitled “Ba’adon – The Legal, Medical, & Psychological Needs of the Families of the Disappeared.” The report sets out the gendered impact and needs of women and girls resulting from the disappearance of their family members. The report considers the legal, medical, and psychological impact of enforced disappearances on surviving family members, and examines the barriers to accessing justice in Lebanon. The report includes a series of recommendations for the Lebanese government and civil society organisations, to address the issue of enforced disappearance and the needs of survivors.

The main findings are as follows: