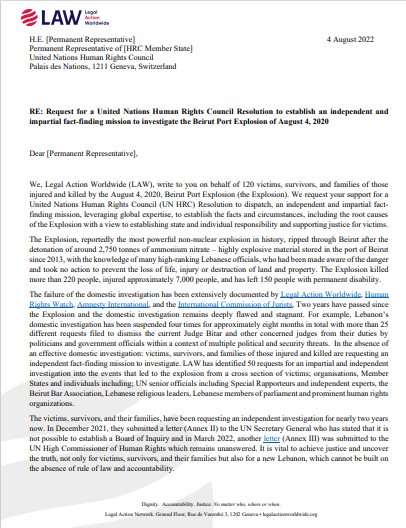 On 4 August 2020, Legal Action Worldwide (LAW) sent 47 letters, one to each of the UN Human Rights Council member states on behalf of 120 victims, survivors, and the families of those injured and killed. This coincided with the occasion of the Explosion’s two-year commemoration. The letter requests support for the United Nations Human Rights Council to exercise its mandated authority and power to: