LAW’s Executive Director, Antonia Mulvey, has written about female genital mutilation (FGM) for the latest edition of UN Special (December 2017), the magazine of the United Nations. In this article, Antonia explains the case for defining FGM as a form of torture and potentially, an international crime. You can read the full article on the UN Special website, here.

From 25 November to 10 December 2017, activists around the world will participate in 16 Days of Activism, the international campaign addressing gender-based violence.

For many years, the UN has campaigned, with some success, to have female genital mutilation/cutting (FGM/C) recognised as gender-based violence. Globally it is now recognised by many states that FGM/C is harmful and it has been criminalised or banned in nearly every state where it is practised. It is also widely accepted that FGM/C can constitute a violation of the human rights of the girl or woman undergoing the procedure.

Whilst great progress has been made in addressing this complex issue, the number of women and girls still subjected to FGM/C is staggering. By the time the 2017 ‘16 Days of Activism’ ends; approximately 130,000 women and girls, mainly under the age of 10 years old, will have undergone FGM/C. According to UNICEF as of today, at least 200 million girls and women have undergone FGM/C in 30 countries.

So, what more could and should be done to address this issue?

Legal Action Worldwide (LAW) is now campaigning that FGM/C can amount to torture, and in some circumstances could constitute an international crime; namely a crime against humanity. According to the UN Convention Against Torture (CAT), for an act to constitute torture it must fulfil three main criteria: Firstly, the act of FGM/C must cause “severe pain and suffering.” FGM causes immediate and long term pain and both the pain and suffering are sufficiently severe to meet the threshold under CAT. In countries, such as Somalia, FGM/C involves the complete removal of the clitoris and labia minora. In some cases, the wound is sewn together using thorns. The hole must be cut open for the woman to have sexual intercourse and again to give birth. Anaesthetics are not usually available or commonly used, and the act is generally carried out using knives, scissors, scalpels, razor blades or pieces of glass. In 2017, nearly 98% of women and girls have undergone some form of FGM/C in Somalia. The growing trend towards medicalisation of FGM/C has created a false impression that FGM/C performed by medically trained staff reduces the pain and suffering endured by the girls and women and thus make it more acceptable. This is incorrect, the pain and suffering caused by FGM/C can continue for a lifetime.

“Secondly, the suffering must have been intentionally inflicted for a prohibited purpose”. This is an objective test. In the context of FGM/C, the objective intent is to cut and remove part of a woman/girl’s body and therefore objectively it inflicts harm on the victim, even if the perpetrator did not mean to do so. Furthermore, FGM/C is perpetrated only against girls and is therefore discriminatory – this is expressly prohibited under CAT.

“Thirdly, the harm must have been instigated by, or with the consent or acquiescence of a State actor”. This is often thought to be an argument against FGM/C constituting torture. However, CAT recognises the role of non-state actors in torture where “the failure of the State to exercise due diligence to intervene to stop, sanction and provide remedies to victims of torture facilitates and enables non-State actors to commit acts impermissible under the Convention with impunity, the State’s indifference or inaction provides a form of encouragement and/or de facto permission.” International human rights jurisprudence clearly establishes state liability via lack of due diligence to protect persons under the state’s jurisdiction. Duty to protect from torture is an obligation of the state.

Whether torture has been undertaken must be assessed on a case-by-case basis; however, it is clear that a great number of cases of FGM/C will meet the above-mentioned criteria. Perhaps many of those cases of FGM/C undertaken during the 16 days of activism.

In many countries, the practice remains widespread and with the underlying support of a de-facto state policy indicated through state inaction. For example, not undertaking investigations and prosecutions of cases of FGM/C. In brief, where the state has overseen widespread FGM/C, but undertaken little or no action to prevent it, it could be complicit in a crime against humanity. [This argument merits further discussion which this paper does not have space for.] 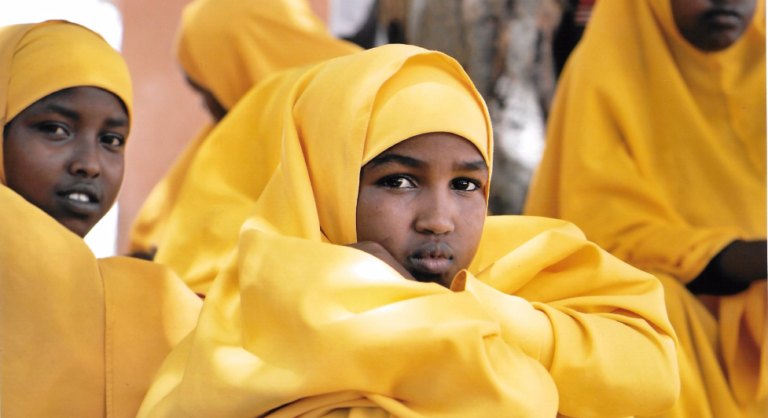 Earlier in 2017, Antonia blogged on this topic for LSE Centre for Women, Peace and Security.

There is a counter-argument, that criminalisation will drive the practice underground. However, it should be noted that in many of the countries where FGM/C is most practised, it is already criminalised. Further, criminalisation is only one part of the State’s obligations – the State must take effective steps to address the torture. The classification of FGM as torture requires the State to do more than just criminalise the practice and enforce the law – it must take steps to ensure the deeper cultural and societal changes required to end FGM/C.

Framing FGM as torture and/ or as a crime against humanity of torture could provide clear benefits to victims and their communities.

To date, there has been no legal case which has defined FGM/C as torture or as an international crime. A successful case or legal intervention can inspire victims and their community, demonstrating that justice can be obtained. Individuals or communities may receive much needed compensation from the state. A legal case can give a ‘face’ to the vast numbers of FGM/C survivors so that states, and the public in general, better understand the personal impact of FGM/C on individual women and girls. Legal remedies, particularly prosecutions, can also act as a deterrent to committing the crime. Even an unsuccessful legal case or complaint may be successful in the ‘Court of Public Opinion’ and can result in public pressure to change legislation, policy or behaviour. Framing FGM/C as torture places positive obligations on states to ensure that FGM/C is prohibited, promptly and effectively investigated, prosecuted and the perpetrators punished. States would consequently be required to either pass legislation or effectively implement existing legislation, including through investigations or prosecutions. Further, framing FGM/C as torture would place obligations on the state to improve health services for the victims of FGM/C.

Ultimately, defining FGM/C as torture and as an international crime provides a number of important tools towards the ultimate goal: the absolute protection of women and girls from FGM. LAW hopes that the United Nations will support this new campaign so that next year on 10 December 2018 all women and girls can be provided with all the legal protections that they are entitled to.