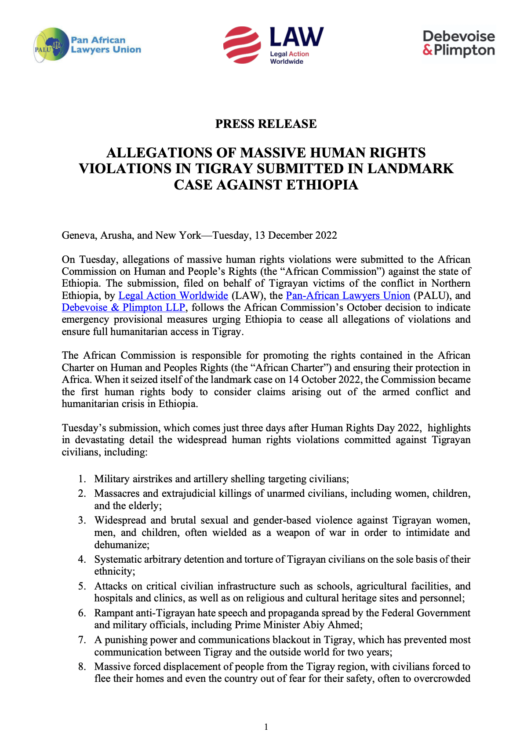 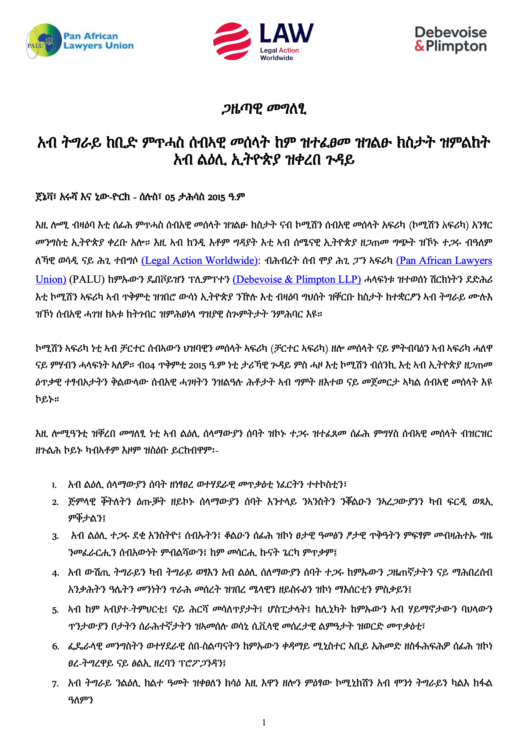 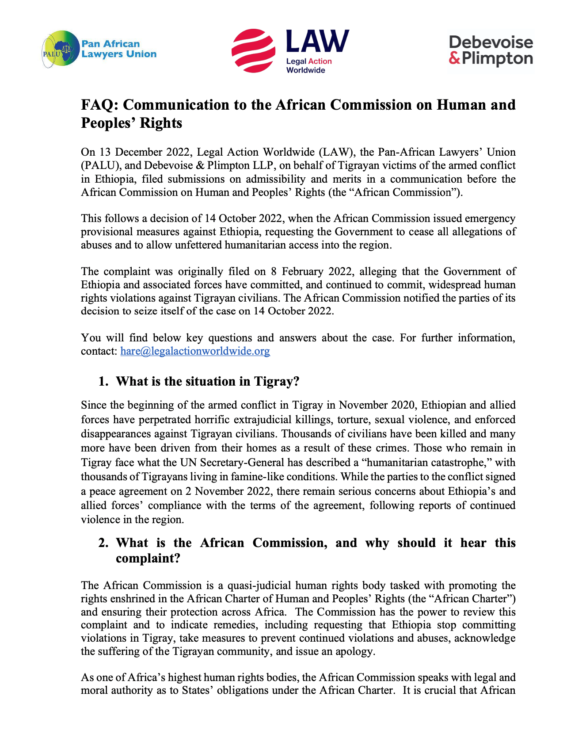 On Tuesday, 13 December 2022, LAW and its partners, the Pan African Lawyer’s Union (PALU) and Debevoise and Plimpton LLP, filed Merits and Admissibility submission before the African Commission on Human and People’s Rights (the Commission), against the State of Ethiopia (Ethiopia) on behalf of Tigrayan victims and survivors of the conflict that erupted in November 2020.

The submission highlights in detail the widespread human rights violations committed against Tigrayan civilians throughout the conflict, establishing the complainants factual and legal case on admissibility and merits, and includes testimony from victims and witnesses of the violations committed by Ethiopia, detailing their broad scale and scope.

This is the first time that Tigrayan victims are being heard by a body that has capacity to decide on whether Ethiopia has broken international law in Tigray and its responsibility to remedy those violations.

Violations addressed in the submission include horrific accounts of massacres and extra judicial killings, widespread and brutal sexual and gender-based violence, indiscriminate airstrikes, shelling and attacks on critical civilian infrastructure such as schools and hospitals, systematic arbitrary detention and torture of Tigrayan civilians, among others.

The US Government, the EU, UN Experts and multiple human rights organisations have found that some of these violations may amount to war crimes, crimes against humanity and ethnic cleansing.

November’s Peace Agreement, signed by Ethiopia and the Tigray People’s Liberation Front (TPLF), fails to adequately establish a roadmap for domestic justice and accountability for the violations and abuses committed by Ethiopia and associated forces during the conflict. The question arises as to whether the Peace Agreement will in fact pave the way for impunity, rather than accountability, ultimately denying the victims and survivors of this conflict the justice they deserve.

The submission was filed with the Commission on 13 December 2022. Ethiopia will now have a 60-day period to respond to the filing, after which LAW and its partners will have 30 days to file a rejoinder.