On Monday 11 March, Hamida Khatun, a member of Shanti Mohila, became the first female member of the Rohingya directly affected by 2017 ‘clearance operations’ by Myanmar Armed Forces (Tatmadaw) to appear before the Human Rights Council in Geneva. Legal Action Worldwide was delighted to support Hamida in this historic event. 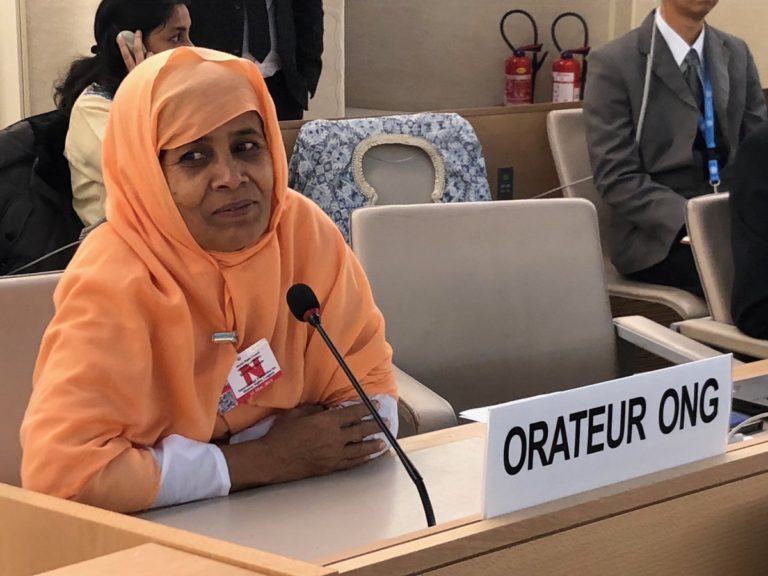 In her statement, Hamida described her experience fleeing Northern Rakhine State following the attack on her village and murder of members of her family. She emphasised that her experience is not unique and that hundreds of thousands of Rohingya are currently based in impoverished refugee camps in Bangladesh. Hamida set out three key requests from Shanti Mohila to the international community: Justice including compensation; to return home in safety and security including citizenship; and access to education.

Shanti Mohila are a group of 400 Rohingya refugee women and girls based in Bangladesh having fled during ‘clearance operations’ by the Tatmadaw in 2017. Shanti Mohila are represented by Legal Action Worldwide.

You can find out more about LAW’s work with Shanti Mohila and on the Rohingya Crisis here.