On 8 August 2020 a new Sexual Intercourse Bill, also known as the Penetration Bill, was tabled for consideration before the Parliament of Somalia. After progress made with the adoption of the Sexual Offences Bill by the Council of Ministers in May 2018, the contents of the proposed Sexual Intercourse Bill represents a deeply concerning regression for the rights of women, girls and victims of sexual violence. 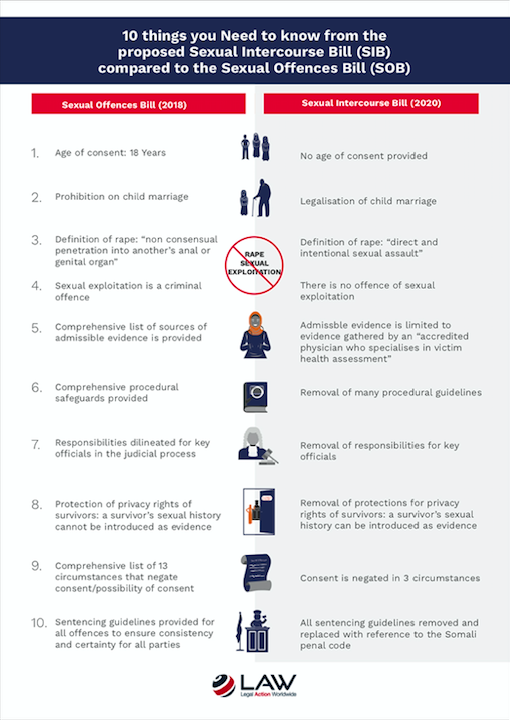 LAW’s three recommendations are as follows: